Over the past year and a half, we have made a commitment to improve our Outdoor Learning provision. We have invested a significant amount of money in to both equipment and training and have a rigorous long-term commitment to providing outstanding play experiences. As part of this commitment we have ‘hired’ two students, Jack and Connor, to work alongside the OPAL staff team.

Jack and Connor applied for the role of OPAL monitor with the aim of helping to improve our outdoor areas and ensure they are safe and tidy at all times. Initially Jack completed an application form and met with two members of the OPAL team: He explained why he wished to pursue the role and was able to highlight some current issues and provide solutions for the problems. His initial role was to ensure the go kart track was the correct shape, go karts were available and the equipment was safe to use. Jacks role soon became quite time consuming so he suggested ‘hiring’ another student Connor. Connor was very eager to help Jack and has been invaluable during his time as OPAL monitor.

Whilst carrying out their role Jack and Connor have developed a range of different interpersonal and work-related skills. They have developed their team work and communication skills by working with each other to solve basic problems such as the tyre track shape and size. They have had to be available each morning and afternoon to collect the equipment and ensure it is put away safely. Jack and Connor have been motivated and hardworking throughout their time so far and have been a huge benefit to the Academy.

Thanks to funding from Tees Valley Careers, Jack and Connor have been issued with ‘Opal’ Monitor Hoody, lanyard and ID Badge!

Keep up the great work Lads! 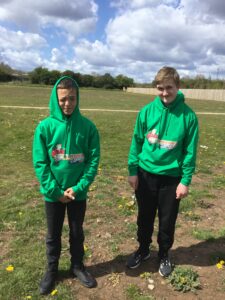 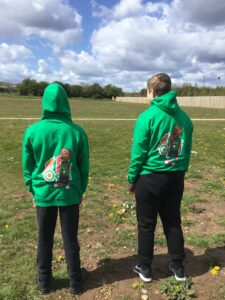 Your email address will not be published. Required fields are marked *

We are committed to and passionate about the learning and progress of our pupils. Staff and governors have high aspirations for our children and we aim to provide a high quality, relevant and balanced education for all our students that focuses on individual, personal and academic achievement that will enhance the life opportunities for our young people as they move into the adult world.